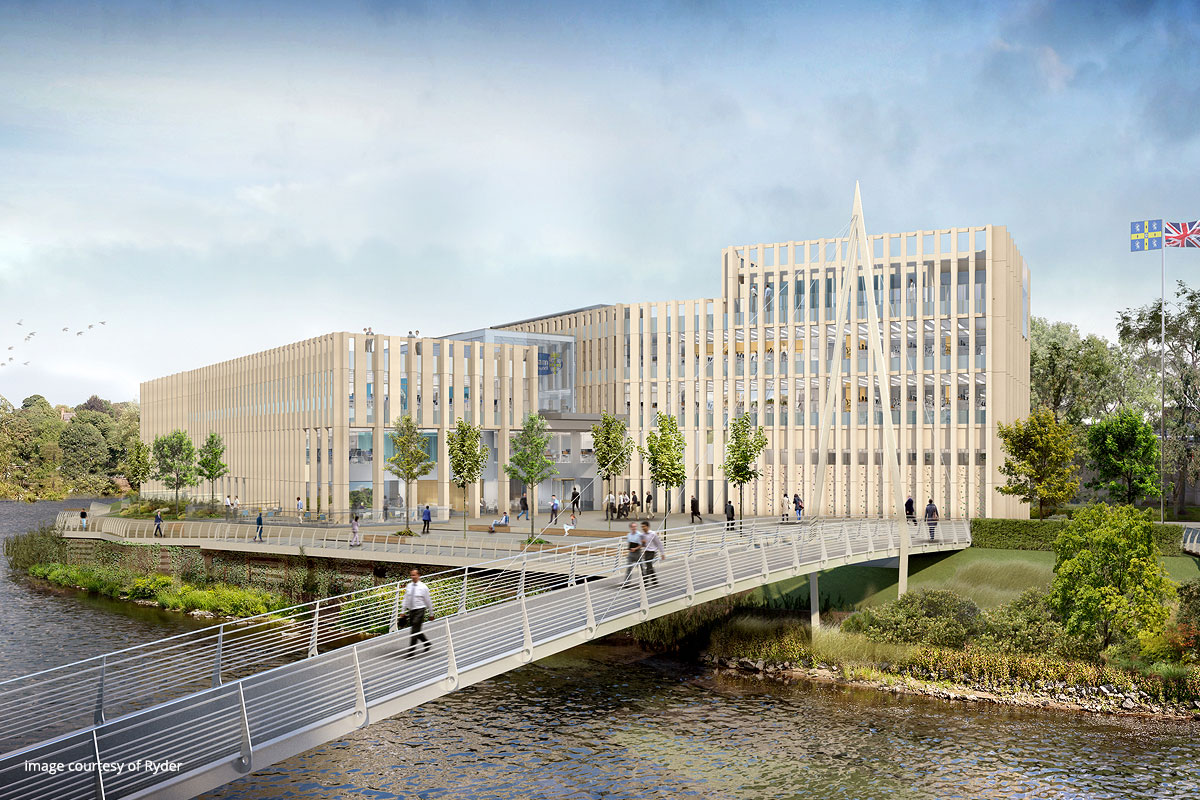 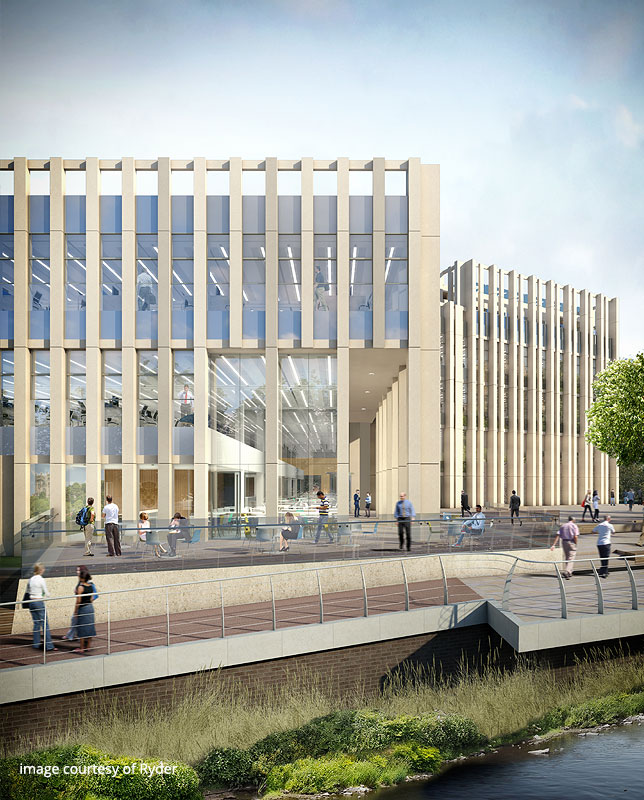 A new headquarters for Durham County Council in the historic heart of Durham City.

Public realm and landscape proposals have been drawn up by One Environments for the new Durham County Council HQ, on the riverside in Durham City. The £50m development, currently The Sands car park, will replace the current HQ at Aykley Heads accommodating around 1,000 staff and include a council chamber, cafe facility, riverside gardens and a new civic square which complements the impressive sequence of city public spaces and walking routes.

The site, within the city conservation area, lies to the edge of the UNESCO World Heritage Site peninsula crowned by the cathedral and castle and bounded by the River Wear. It defines the edge of the urban core, adjoining the historic open land of The Sands and fronting onto the River Wear. The building frames a new public square, which engages the river, connecting the Pennyferry Bridge and a new section of river walk running north south.

The intimate human scale of the new civic square and its southerly aspect creates a sheltered destination that can be used in different seasons, for events and occasions. A sheltered terrace adjoins the café at the entrance to the square and organised events can spill out from the Chamber and Committee Rooms onto the civic balcony overlooking the riverside gardens and ecological corridor.

Existing mature trees groups are retained and enhanced to the north of the site making a sensitive transition to the green belt to the east. A naturalistic inspired planting design is proposed, utilising a matrix of varying scales of densities alongside an evergreen structure, which graduates into a woodland transition zones.